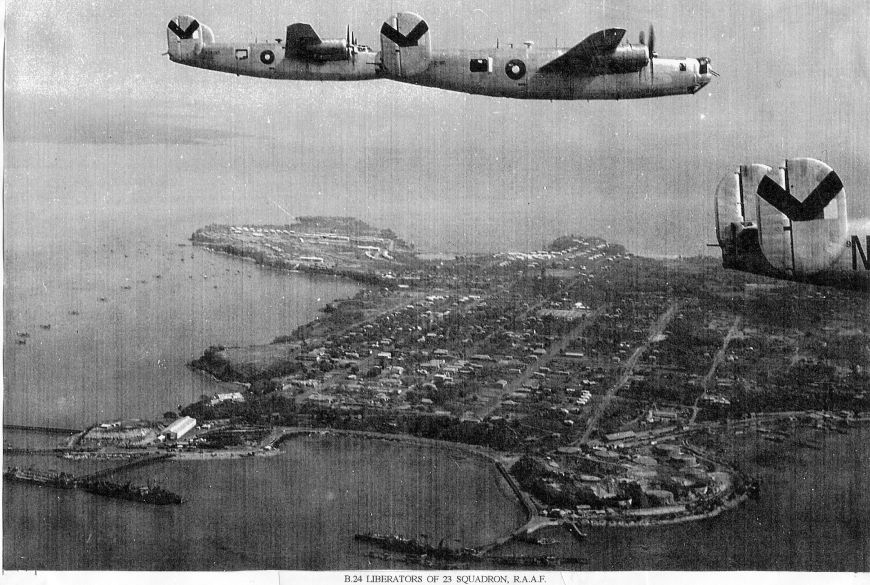 On this day 30th June 1943 27 Japenese G4M “Betty” bombers along with their Zero escorts attacked the airfiled at Fenton south of Darwin. This was to be the first of several raids on this field. The runway was bombed, 3 B-24 Liberator bombers were destroyed and several others damaged. No one was killed, but this raid encouraged the rapid building of more ( and deeper) slit trenches.